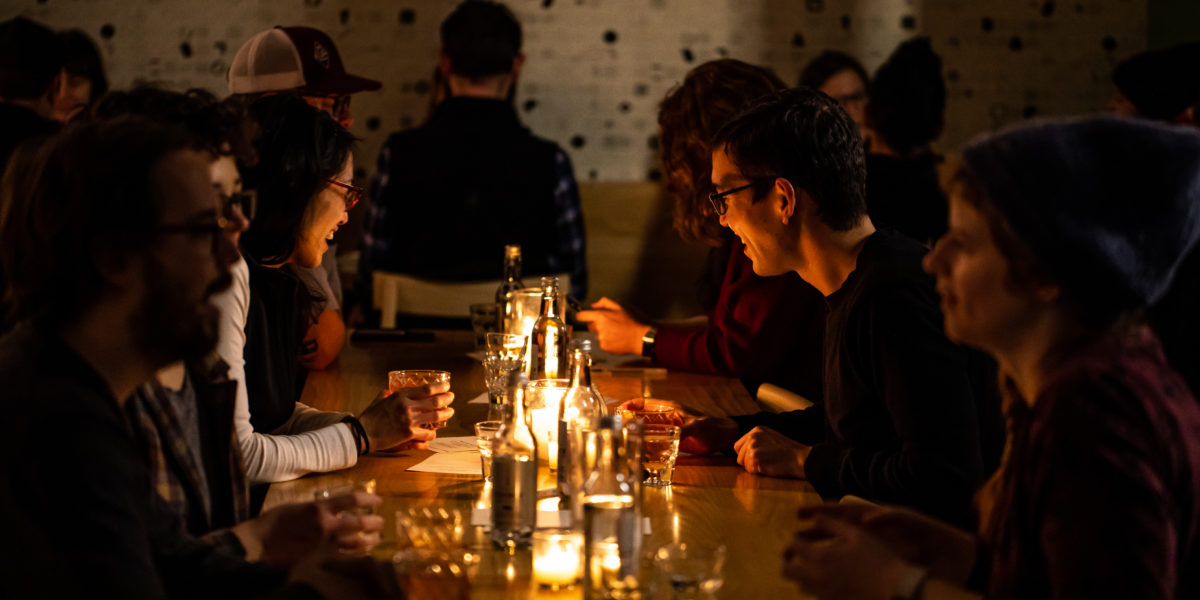 What’s The Deal With Sober Bars

What’s the Deal with Sober Bars?

You’ve heard that history repeats itself. And the rise of the sober bar appears to be one of those repetitions. Sober bars are not a new phenomenon, and can be traced all the way back to eighteenth-century London during a time where the average Londoner reportedly drank more than 14 gallons of gin each year.

At this time, temperance societies and temperance bars grew in popularity, the most notable of which, Mr. Fitzpatrick’s Temperance Bar, still stands to this day.

Sober Bars in the US

While you may not find a sober bar with as rich a history as Mr. Fitzpatrick’s, you can find a hearty handful ofalcohol-free bars across the United States. Unlike England’s temperance bars that sprung out of a total abstinence movement, the modern sober bar caters to everyone – people in recovery, the sober curious, and anyone who simply wants an alcohol-free hangout that’s not the neighborhood coffee shop.

Some of the better known sober bars in the US include:

What to Expect if You Visit a Sober Bar

While the vibe may differ depending on which sober bar you visit, the goal is typically the same. Non-alcoholic bars are designed to deliver a safe space for non-drinkers to enjoy socializing while sipping delicious beverages. Sober bars often take craft mocktails seriously, with bartenders going above and beyond a club soda with lemon, or a nonalcoholic beer.

Many sober bars offer a slate of intriguing and often health-conscious options, with bartenders whipping up mixed drinks with ingredients like:

If you are in recovery or want to go totally alcohol-free, note that kombucha, bitters, and other fermented ingredients typically have a trace amount of alcohol. Even though they are often marketed as non-alcoholic. Also, note that some sober bars or coffeehouses do serve alcoholic drinks.

England’s temperance movement was a rebellion against over-the-top drinking. The mindset that began rising in the 1950s was a rebellion against temperance and other “old-fashioned” ideals. Today, many millennials and Gen Zers are embracing wellness and inner peace, as evidenced by an increasing number of social media influencers promoting concepts like “Dry January” and the sober curious movement. For some, the pandemic served as a catalyst, bringing attention to what’s really important, spearheading a number of thriving online sober communities, such as The Phoenix’s virtual platform and mobile app, that continue to thrive to this day.

No matter your age, generation, or reason for visiting a sober bar, they pride themselves in being open and welcoming to everyone. And they’re not trying to mimic the idea of a traditional bar but without the alcohol. They are striving to create a unique experience all their own.